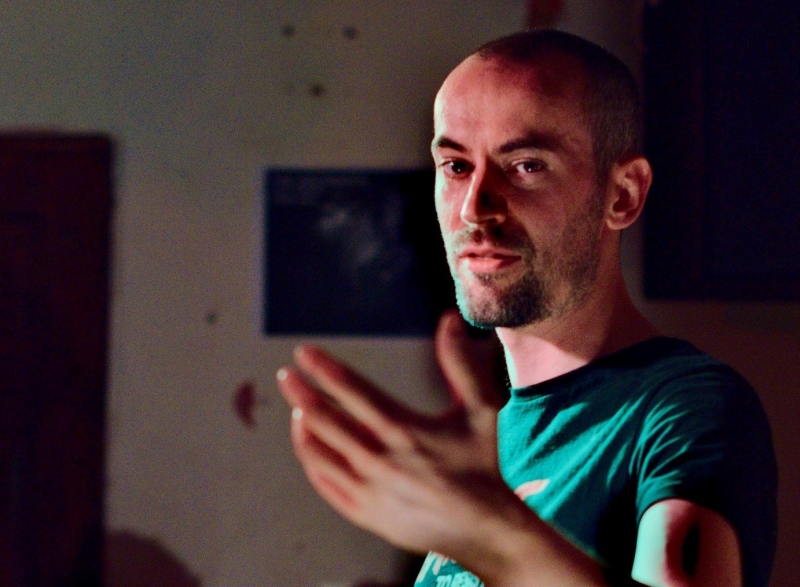 The Blocks is a story of a visionary artist growing up in the inner city tower blocks of Dublin in the 80s, 90s and early 2000s, with drug dealers and addicts, stolen cars, fights, malign and benevolent spirits, prostitutes. A story of family, friends, bands and poetry. A story about the redemptive power of art and love, and the quest to break free from spiritual suffering.

Karl Parkinson is a writer from Dublin. In 2013 Wurmpress published his début poetry collection, Litany of the City and Other Poems. His work has appeared in New Planet Cabaret (New Island Press) and If Ever You Go: A Map of Dublin in Poetry and Song (Dedalus Press), as well as The Stinging Fly, The Poetry Bus, Penduline, Can Can, The Pickled Body, The Bohemyth, The Incubator, Revival Journal, Wordlegs, and Headstuff amongst others. He is an acclaimed performer of his work and has read by invitation at festivals and events In Ireland, the UK, America and Canada. His work has been broadcast on RTE One’s Arena arts show many times. He is a regular contributor to The Bogman’s Cannon.

“I’m very happy with how New Binary Press is developing. We’ve published some great collections, and I think there is evidence there to show that we are continuing to make an impact. Karl Parkinson is a very talented and established writer, with strong connections to Ireland’s literary grassroots, which is important for this press. As a publisher, I’m delighted to have secured the rights to his next major work, which, once again, will mark a significant step forward for this imprint,” commented James O’Sullivan, Founding Editor of New Binary Press.

Excerpts from the novel will appear on The Bogman’s Cannon in advance of the release, the first of which is already available: http://bogmanscannon.com/2015/04/05/first-drug-by-karl-parkinson/