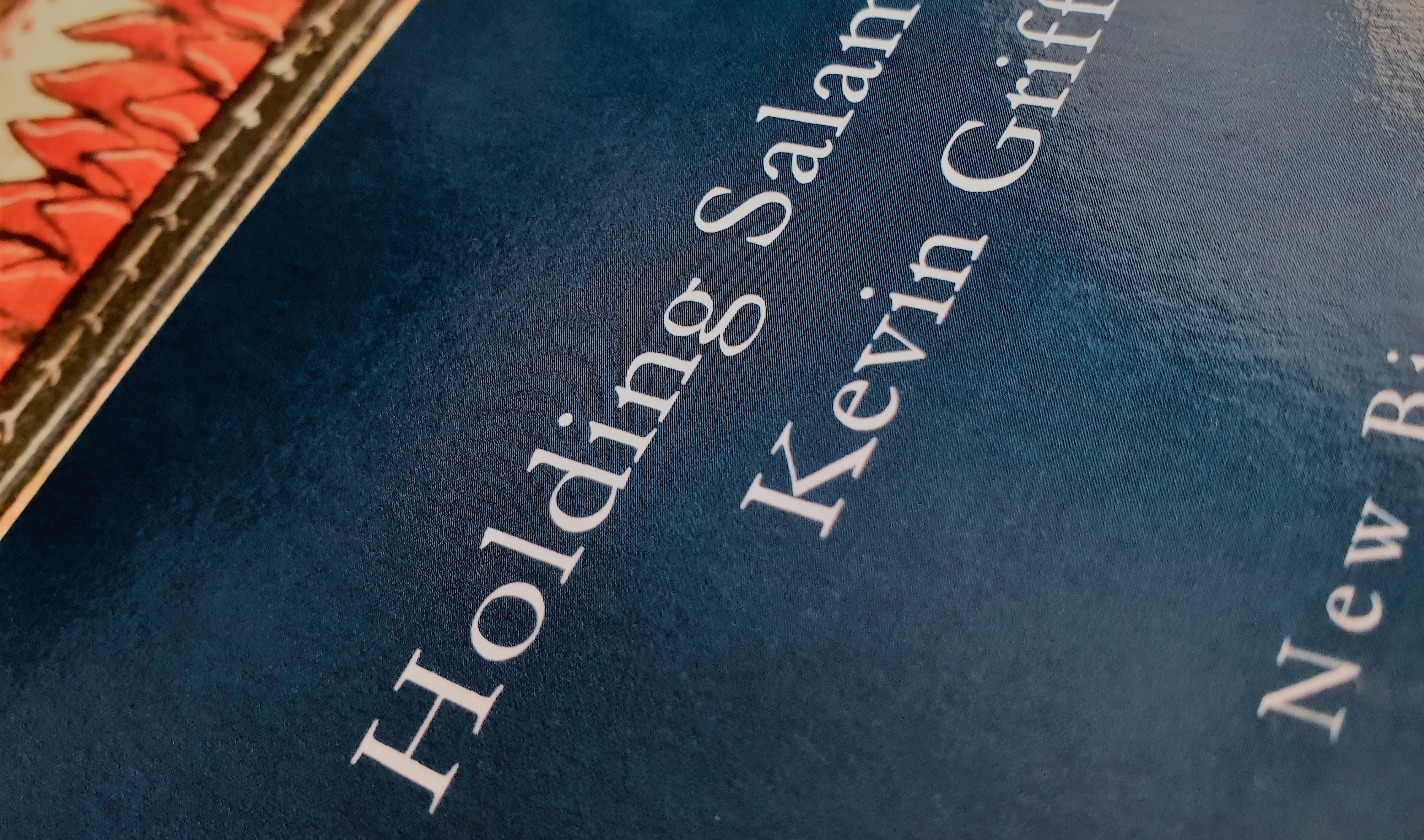 New Binary Press is delighted to announce the publication of Kevin Griffin’s Holding Salamanders, a collection of poetry that points its eye at a wide and varied range of themes and subjects. While it flits from the Sahara to Ancient Roman and Greek myth, the poetry in Holding Salamanders constantly returns to Kerry and its environs. It is the poet’s rootedness in Kerry that holds all the diverse elements of the collection together.

Holding Salamanders will be launched at 6pm on Friday, December 13th at the Intermediate School, Killorglin (ISK). The launch is free and all are welcome!

Kevin Griffin was born in Killorglin, Co. Kerry. He received a BA in English and Latin from UCC in 1968, and went on to complete the Higher Diploma in Education, 1969, returning to Killorglin to take up a teaching position at his former school, the “Carnegie,” now the ISK. He retired in 2009 and has since devoted himself to writing poetry. He was a keen athlete for many years winning, among many other distinctions, an All-Ireland gold medal at 400m over-55, representing his club Iveragh AC. His poems have appeared in magazines and journals not only in Ireland, but also in the US, Canada, Austria, Northern Ireland, England and Cyprus, and he has read his work a number of times on local radio. He was shortlisted for the Phizzfest Poetry Prize in 2011, and for the Fish prize in 2012.